Kids and Street Drugs: A Parent’s Guide to the Real Dangers

Kids and Street Drugs: A Parent’s Guide to the Real Dangers 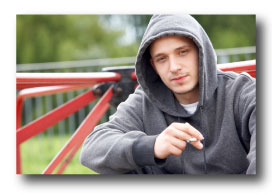 The catch phrase used to be “Just Say No” as children were taught to say no to drugs. However, if you’re a parent you understand that simply telling children not to do something is usually not very successful. More importantly, it doesn’t truly teach children about the topic. The best place to begin is usually to teach yourself as a parent about the issue, and through your own knowledge and understanding, share what you know with your children.

What are street drugs?

You might envision scenes from movies where truckloads of carefully packaged white powder are hidden, or needles scatter the floors of abandoned buildings. These images do little, however, to really tell you what a street drug is, and what dangers they pose. Despite what your preconceived ideas might be, street drugs are available to your children in places other than dark alleys. They are within your neighborhoods, schools, families, and youth groups. 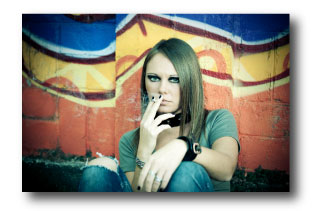 Street drugs come in many forms and at many price points. Some are manufactured and carefully packaged for sale on the streets, while others are made in kitchens of residential neighborhoods or grown in rooftop gardens. Some of the more recognizable street drug names are marijuana, meth, crack, cocaine, and heroin. For parents, though, it is not just enough to recognize the names of these drugs. Teaching your children about the dangers they pose can’t be done without understanding where the drug comes from, how your child’s body might react to it, and how to teach your child about the facts of street drug use. 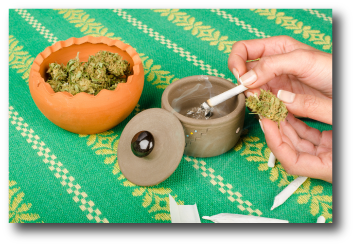 Marijuana, also known as pot, refer, weed, and grass, comes from the Cannabis sativa plant and is usually smoked like cigarettes called joints, in pipes (bowls), or through water pipes known as bongs. The high from it is characterized by a false sense of pleasure, memory problems, and loss of coordination. 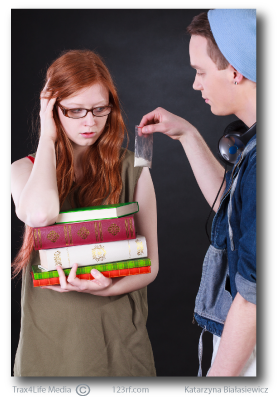 Cocaine comes from the leaves of the coca plant and is one of the most addictive street drugs, stimulating the brain’s pleasure center. After repeated use of cocaine, the brain no longer finds any joy in things that once brought happiness. The brain of a child who once loved to play baseball fails to enjoy the sport anymore and only find that joy in the effects of the drug. This street drug can be inhaled (snorted), swallowed, or injected through needles. Cocaine can cause severe health effects, such as sudden cardiac arrest, even in children, strokes, or seizures.

Cocaine is also the source of crack, the street name for cocaine that has been processed into a form for smoking. It looks like rock salt or bath soap pellets and extremely small amounts are both profitable for dealers and offer easy highs. Crack is practically instantly addictive, giving an intense high that the person then constantly seeks to duplicate.

Methamphetamines are brain stimulants that come in many forms. They can be swallowed, smoked, inhaled, or injected, and are also commonly known as meth, speed, uppers, chalk, glass, ice, and crank (when injected). These street drugs give users false senses of energy and are also sometimes used as appetite suppressants. Kids who are feeling under immense academic or life pressures sometimes feel empowered by the seemingly limitless stamina they get from a meth high, but are unaware of the damage being done to their brains, including memory loss, behavioral outbursts, and brain damage. 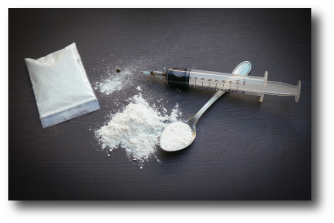 Heroin, derived from morphine, is a highly addictive opiate that can be injected, snorted, or smoked. Depending on where it is produced and sold it can vary from a white powdery substance to a solid, hard substance that is black in color, known as black tar. Street names for heroin range from Dead on Arrival, to Big H, to Smack, and more. One of the increased risks of heroin is that users often don’t know all of the ingredients that were used to produce the substance, and many additives can lead to overdoses. 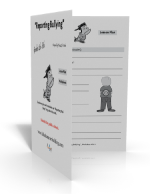 What are gateway drugs?

They aren’t pills that cost as much as a car payment, but they can be as detrimental as a drug pushed through a needle. These are gateway drugs – substances often found right in your home or around the corner of even the most docile neighborhoods. Gateway drugs open the doors for street drug use, and are often much less expensive and more readily available to your kids.

If you think your children just don’t have access to or interest in gateway drugs, remember that many of these are actually legal substances. It is the use of them by children who are unprepared for the consequences that can lead to more severe outcomes.

Gateway drugs include things like alcohol, tobacco, prescription drugs, and household products such as aerosol deodorant and glue. These drugs seem less harmful to children when they see their parents sipping a glass of wine or their older sibling “borrowing” a pain pill from Dad’s prescription.

Different from things like methamphetamines or cocaine, gateway drugs also seem safer to children because they are legal in certain circumstances and so easily accessible. When children experiment with a gateway drug for the first time something happens – they have their first high. That high is twofold. It is the high of taking a risk and the rush that gives to children, and it is also the chemical high that these drugs provide. The brain is a miraculous thing and once it has felt a high it craves the type of euphoria it can bring, although it doesn’t have the foresight to understand the costs of it.

Children in all walks of life are experimenting with things like inhaling chemical vapors, known as huffing. Even something as innocent as a whipped cream dispenser can turn into an inhalant that kids use to hallucinate. Things like reduced consciousness, loss of coordination, and slurred speech are all side effects of huffing. Even though these highs come from household chemicals, they can still cause severe reactions, including death from cardiac arrest or suffocation.

What does this have to do with my child?

Children are sometimes at more risk than other populations for drug abuse. They are moving through challenging times and their bodies and brains are experiencing rapid and unpredictable growth. When you add to these physical changes the social pressures that they face, all parents need to acknowledge the potential interactions their children might have with drugs. 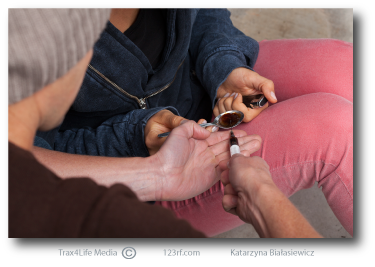 Be careful not to be lulled into a false sense of security, thinking that your child is hanging around with “good kids” and not exposed to street drugs. While peer pressure can certainly play a role in a child’s decision to experiment with drugs, there are other factors as well. Stressful situations at home such as divorce or family illness, pressures in academics, and mental illnesses such as depression are all other factors you need to consider when making a realistic assessment of the risks that are components of your child’s life.

Street drugs and gateway drugs know no difference in social status, gender, or family backgrounds. They are indifferent as to who consumes them, and children are not safeguarded from their effects just because you might live in a cozy neighborhood or have a picket fence. The effects are all the same.

How can I help my child deal with the dangers of street drugs? 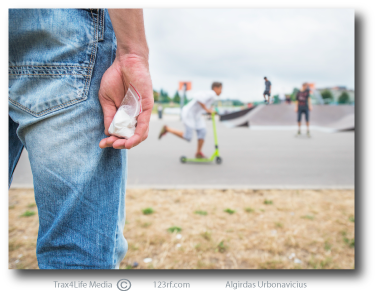 Your first step is right now – educating yourself. When it comes to your role as a parent, knowledge really is a powerful tool. You are moving beyond the surface of movie scenes and understanding the facts and realities of street drugs. The next step is to create and keep open lines of communication with your child. Do not come at them as a dictator, but as a teacher who can inform them about the realities of street drugs.

While many parents might find it difficult to discuss, it is important that you don’t hesitate out of fear that you think you are sending a condoning message. Talk with your kids long before you feel you really need to, because the earlier you begin that line of communication, the better. Be available to talk with them about their friends, their pressures, and their fears. If you are worried that your child is considering experimenting with drugs or suspect that they already are, you can also look for these signs:

Some of the best deterrents to any risky behaviors are opportunities for positive activities. Help your child explore hobbies, exercise together, volunteer in the community, and develop healthy habits for dealing with peer pressure and stress. Not only will these things help safeguard your child against the dangers of street drugs, but they are great ways to build strong, healthy families overall.

Do you have questions or suggestions for me? Email me at