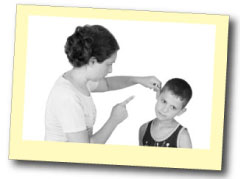 When I was a kid, I would play hockey in the street or in our driveway beside the house. I grew up in Canada before video games existed, so one actually went outside and played street hockey.

My mom (and dad) had warned me that swearing and bad language would not be tolerated. She had threatened to stick a bar of soap in my mouth, and that of my brothers, if we were caught swearing or uttering other forbidden words.

I used bad language a couple times and then my mother warned me again.”

My mom went on to explain that although I might be right in my perception of the events, my course of action to resolve the conflict was wrong. She repeated the sermon I heard her and dad tell my older brothers a few times. Bad language was not a way to resolve conflicts, “It only shows you can’t control your emotions.”

“We won’t have bad language in our house.”

My mother showed kindness and mercy that day. However this boy didn’t get the essence of the message. “Hey”, I told myself, “I think she’s bluffing with this bar of soap stuff. She’ll never do that.”

I should have clued in when I shared my theory with my older brother and he remained silent. 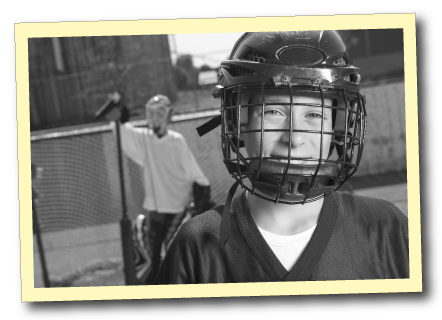 About a week later, my friends and I met in our driveway and another classic street hockey game was born.

Now you have to realize that we play street hockey throughout the year in Canada. This hockey game was being played in running shoes between maple trees and rose bushes in full bloom. It was also being played with my mother’s kitchen window wide open. 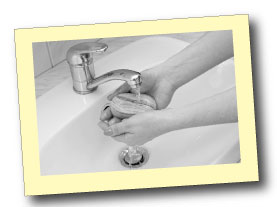 Funny how fast a mother can travel.

I can’t recall anything between the driveway and the kitchen table. I just remember sitting on the chair thinking she was really upset as I sat there in fear. At least she rinsed the bar of soap before it entered my mouth.

The treatment was about 10 to 15 minutes long, as best as I can remember. The worst of it is when you swallow. That’s when you feel the soap taste all the way down your throat. The bars of soap, at least at that time, were also fairly large. It doesn’t take long it and your jaw aches as well.

You get the point.

I got the point too.

Now some of you will want an arrest warrant issued for my mom. She’s in her eighties right now, and I think the courts have more pressing matters.

I’m sitting at my kitchen table, reminiscing and thankful for the lesson. I spent most of my career without using bad words. Yes I’ll admit, (please don’t tell mom), there was the very odd time when I blew it, but they were few and far in between.

You are probably wondering, what is the point of this story.

I didn’t write this to tell you how noble I am.

Controlling my tongue became a part of my character. That’s the point. 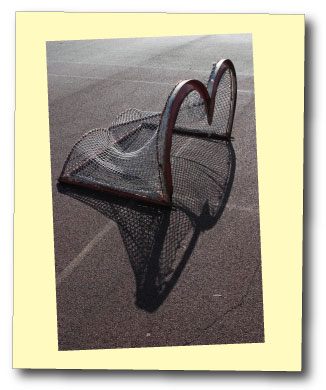 My parents made a continued effort (not always as bad tasting) to teach me character traits they felt were essential.

Turns out they were right! I supervised employees for over two decades. A tame tongue served me well in showing self-control and bringing about a positive office atmosphere. Think of it, that’s an incredible gift!

I strongly encourage you however to keep your kitchen window open, as my mom did. Take the corrective action you deem necessary. Invest the time and effort necessary to build strong characters, even though you know it will suck your time and energy. It will serve your kid(s) well later in life.

Your little Johnny and Suzie won’t recognize it for a long time.

But believe me, one day they will.

Dare to be Wise!