A Not-So-Sweet Surprise - mystery for kids

I spent most of my week at Camp Netop looking forward to the overnight hike. I wanted to go way out into the woods and hear the loons calling all night and wake up under the stars. 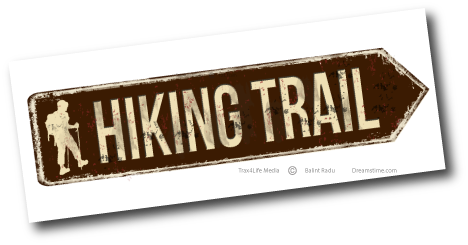 I was still excited when we reached the trailhead. The sun was bright and the woods looked green and cool, and I could hear birds singing ahead of us, even with everyone talking around me. There were six of us making noise: Mr. Hawke, our counselor, checking if everyone had their water bottles full and if anyone had left anything in the van; Jeremy, the unhappiest kid I ever met, whining about how hot it was and how he just knew the woods were going to be full of mosquitoes; Claude, who must have spent all his time reading science books, giving the English and Latin names of every tree in sight; his brother Robert, who must have spent all his time reading creepy stories, pointing out what a good hiding place this forest would be for an axe murderer; Toby, who could paddle a kayak faster than our water instructor and tie and untie knots none of the other campers had even heard of, thumping his chest and saying he was going to conquer that mountain; and me, Daniel, listening for birds and thinking about stars above the mountain peak.

Thinking, too, about the double-chocolate cookies we’d all smelled baking last night, our treat for when we made it to the top...

I felt a little less excited once I put my frame backpack on. I adjusted the straps every way I could think of but it still poked me in a lot of uncomfortable places. Jeremy was yowling that he had the heaviest load to carry. Well, just then he did. Mr. Hawke said we’d all take a turn having the bag with everyone’s food for the next three meals stuffed into the top of our packs. Mr. Hawke wouldn’t take a turn with that because he had to carry the pots and the first aid kit all the way. Jeremy had the first turn with the food bag.

“Lucky for you,” I told Jeremy. “The first part of the trail is flattest.’

“Lucky!” he snapped. “This thing hurts, my shoulders are falling off...”

Toby took off up the trail, with Mr. Hawke yelling after him to wait up. “What for?” he asked. “I’m not afraid, and I’m not going to get lost, and I’m sick of listening to sissies whining.”

“We need to stick together,” Mr. Hawke said. He stopped trying to adjust Jeremy’s straps and we started up the trail.

We went under hemlocks. The wind tossed their branches and made the light shiver in them. “It’s kind of like being underwater,” I said. “Like being in the ocean and looking up through green waves…”

“What do you expect when you’re weak?” Toby said. “I’m fine, except for having to listen to you.”

“I feel sore with my backpack too,” I said, “but look how the light is! And look at those red flowers over there by the stream!” 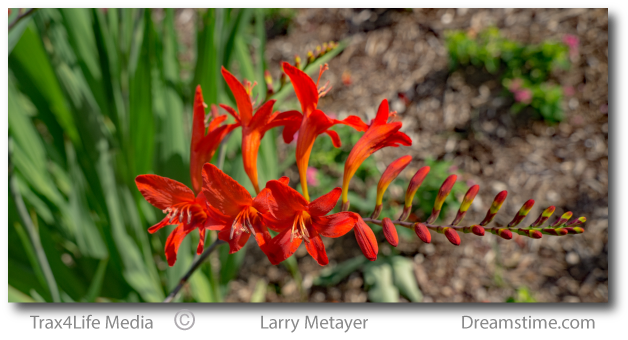 “It is beautiful, now you mention it,” Robert said. “Maybe it’s so beautiful that the axe murderer’s had a change of heart. Now he just wanders around looking at flowers, and he only uses his axe to cut firewood so he doesn’t freeze at night...”

“But you aren’t carrying the food bag. It’s heavy and it bulges the pack out so it pokes me even harder...”

“Bet you won’t think so when it’s your turn,” Jeremy said.

He kept on like that for what felt like miles and miles. He even sat down once and said he wasn’t going any farther. Mr. Hawke said to ignore him and he’d get over it, so we kept going, but Jeremy didn’t catch up with us, and after a little while we sat down to wait while Mr. Hawke went back for him. When they came back together Mr. Hawke took the food sack out of Jeremy’s pack and put it into mine. I’d just about figured how to shift my pack so the straps weren’t rubbing and the frame wasn’t poking me, but with the extra bag in I couldn’t find a comfortable position.

Download the free activity sheets to help you solve this mystery!

My pack just got heavier as we started a steep climb, and I felt like whining, though mostly I didn’t. But the extra weight made me slow down and keep my head down more, so I noticed things.

“Look at these bristle-brush plants!”.

A little while later Mr. Hawke had to come back for me; I knelt down because I saw a huge spotted salamander, and then I couldn’t get back up with the backpack on. He came back and gave me a hand. Toby and Claude came with him--Toby muttering “Klutz,” Claude excited about the salamander.

Claude got a lot quieter when it was his turn with the heavy bag but cheered up again when he handed it off to his brother. All through his turn Robert muttered about increasingly bizarre and very heavy things which someone might have dropped into that bag. He talked a lot but at least it was funny some of the time.

When it was Toby’s turn the weight didn’t seem to faze him; he just plowed ahead. He didn’t even take the backpack off when he had leave the rest of us and the trail and go for a pit stop. He came charging back to the road saying “This thing isn’t even heavy,” and he strolled along as if it wasn’t prodding him in all the wrong spots.

By then Jeremy was starting to whine about being hungry. I felt hungry too (and said so, once) and so did Robert (who said so more than once and then started wondering how hungry the reformed axe murderer might be).

Toby said he was fine and we were all pathetic. We scrambled up one last steep slope and came out of the trees onto a bald cap of granite just as the sun went down. The sky was red and gold. I shrugged off my backpack as fast as I could, so I could give my shoulders a break and also lie back and look at the whole sky.

I had to get up soon to help get wood for the fire. Everyone went for wood or water except Robert, who seemed to have talked himself into thinking there really might be axe murderers in the woods.

When we came back Mr. Hawke untied the food bag and opened it up. Then he stopped and frowned.

“Maybe they fell out of the food bag...” Robert said.

Claude shook his head. “The food bag was tied shut with one of Mr. Hawke’s super mystery knots. Nothing could have fallen out.”

“The plastic bag that held the cookies is still here, with a few crumbs in it,” Mr. Hawke said.

“Robert!” Jeremy said. “So that’s why you kept going on about axe murderers...”

We all looked hard at Robert. He had stayed alone with all the backpacks while we were gone...

I looked at the bare rock around us. “If he ate them all just now, where are the crumbs?” I asked.

“He could have gone into the edge of the woods to eat them,” Toby said.

“But you could have come back and caught me any time...you weren’t all gone very long...”

“I still say it was him,” Jeremy said.

Robert glared at Jeremy. “What about you? You stopped right at the beginning and made Mr. Hawke come back to get you...but he didn’t come right away...”

“I didn’t! Why does everybody always pick on me?”

“Because you’re a whiny sissy and you ate all our cookies,” Toby said.

People nodded. I didn’t like Jeremy either, I wouldn’t have minded much if he’d been in huge trouble. . . though I did want to know the truth...

“Maybe it was Daniel!” Jeremy said. “He said he got down to look at that lizard thing, but maybe it was really to get the cookies out.”

“No. If it was me, why wouldn’t I have tried to put the blame on Robert?”

“Too many stories. There ought to be some facts,”