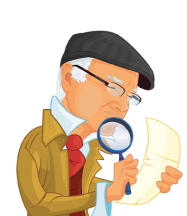 Christmas at the Shopping Mall

A Christmas mystery for a kid like you to solve.

It was the morning just before Christmas, and my Mom had to make an emergency trip to the mall. We had to go to the mall because my older brother, my dad, and I made a mistake.

We ate way too much of the delicious cookies and baking the night before, and the rest of our family was coming over to celebrate Christmas at our house.

We were very sorry, but we couldn’t help ourselves-- the smell was too amazing!

Todd (my brother), my mom, and I went to the mall together.

Mom decided that we should go to the mall first thing in the morning, just so we wouldn't have to wait in long lines and walk in big crowds.

When we got there, something very strange was happening.

The Scene of the Crime

Three elves were running around in circles, crying, and asking for help.

A man in a suit was walking very fast and talking on the phone in a very serious voice.

A security guard was standing around, eating a donut.

He finished eating his donut and then came over to us.

He asked if we needed help: “Hey there, what are you doin’? Need help with somethin’?”

“No,” my mother said, “we are just here to buy baking ingredients from the grocery store.”

“My name is Frank. There is a big problem happening here,” said the Security Guard, who still had chocolate on his face from his donut, “somebody stole all of the gifts from Santa’s bag.

He left them under the tree last night, and this morning they were gone.”

Todd and I looked at each other, and we both looked at our mom.

We asked her if we could stay and try to help the elves.

The elves were so upset, and Todd and I are very good at solving mysteries together. 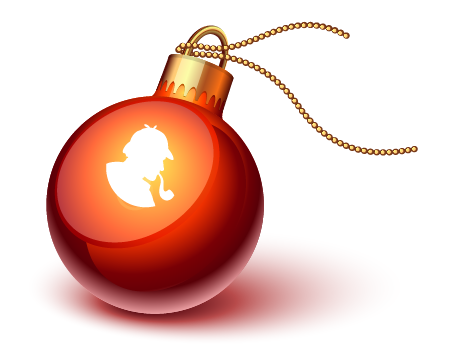 Our mom said that we were allowed to stay and help, but that we had to be safe.

We were very excited. She wished us good luck and went to the grocery store.

My brother and I walked into the centre of the Christmas area.

There was a big, beautiful christmas tree planted beside Santa’s sleigh.

There were many decorations hanging from the tree; shiny orbs, little snowmen, angels, and stars. 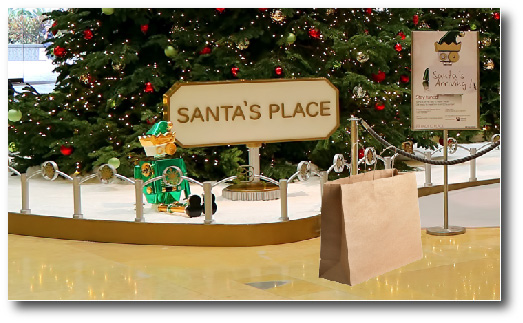 Under the tree there was a an empty brown bag.

As we walked toward it to investigate, the man in the suit, from earlier approached us and said: “What are you doing here? This is serious business!”

“I am the Manager of this Mall,” he yelled, “and I did not ask for any detectives! I don’t want any young detectives snooping around the display! I don’t trust you! It’s not your job to solve this crime!”

The angry Mall Manager continued: “The doors are supposed to be locked. That silly Security Guard never does his job correctly!

I told him not to let any person enter or exit the mall until we captured the thief! He wasn’t eating donuts, was he?”
His cellphone started to ring, so he had to walk away to answer the call.

Todd and I were scared of the mad man.

I thought it was strange that he did not want anybody to solve the crime mystery.

Todd said: “If nobody has exited the mall, the thief must still be inside!”

Next, the 3 Elves came to talk to us. Their names were Helga, Harold, and Hugo.

“We heard you say that you’re Detectives!” said Hugo.

The 3 Elves told us that they were some of the first workers in the mall that morning. When they first came in, Santa’s sack was still full of gifts.

They left for five minutes to get changed into their work outfits, and when they returned, the presents were all gone.

“We know that it’s strange, but you have to believe us. We would never steal from Santa!” said Harold.

Todd and I thought it was strange that the gifts were there when they arrived, and then disappeared in just five minutes.

We told the 3 Elves that we thought that one of them might be the thief.

They were in the mall when the stealing happened, and they knew how awesome each of the gifts in the bag was.

It must be hard to work with Santa and never get to keep any of the cool toys for yourself.

“No! We are only Christmas Elves! We don’t know how to do anything else. We can’t get other jobs,” said Helga.

“None of the stores in the mall will hire us! We would never risk our jobs to steal presents from Santa. We love Santa!”

The 3 Elves told us that the thief made one mistake: he left one of the presents in Santa’s sleigh by accident.

The Elves thought that maybe the thief tried to steal the sleigh to escape with the presents, before realizing that the sleigh was not easy to drive!

Todd and I said that we would look for clues near the sleigh.

“Okay,” said Todd, “we believe you. Who else was in the mall when you went to change into your work outfits?”

They told us that the Mall Manager was nearby, and so was the Janitor.

Suddenly, the Janitor was beside Santa’s sleigh, quickly cleaning it off!

We ran over to him and asked “Why are you cleaning the sleigh!

There are clues to be found there.”

The Janitor said “I don’t care about clues, kid. I’m doing my job. I’m a Janitor. There were no clues here. The only strange thing that I found was this gift.” 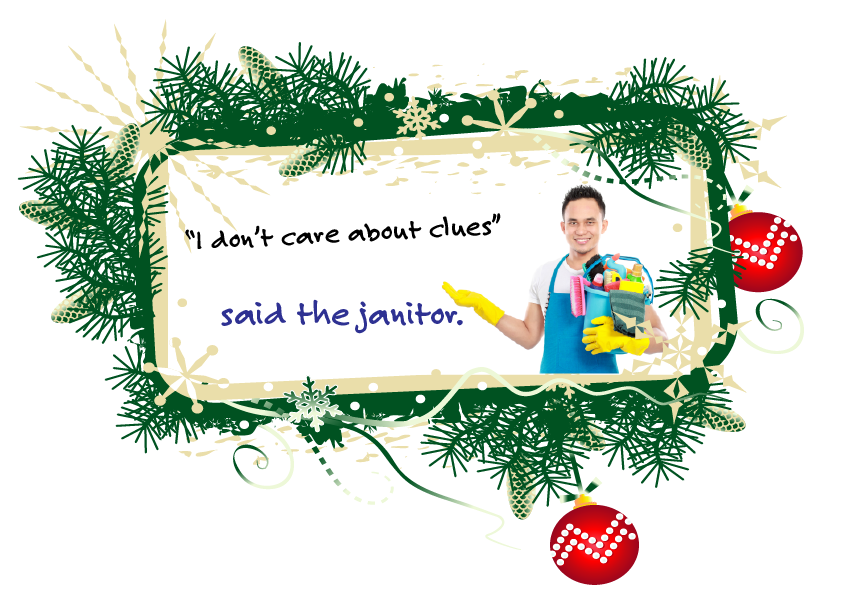 He handed us the box. It was small, and smelled nice.

I smelled the box. It smelled like chocolate. But we were very upset that he had cleaned the sleigh, because there could have been good clues there, like fingerprints. 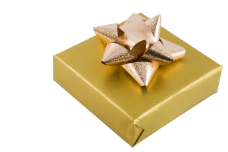 I wondered if he cleaned it on purpose, because he saw us coming to look for clues.

The Janitor asked us a question. “Have you looked at the security camera video from this morning?”

The Janitor pointed at a video camera on the ceiling.

The camera had a red blinking light. 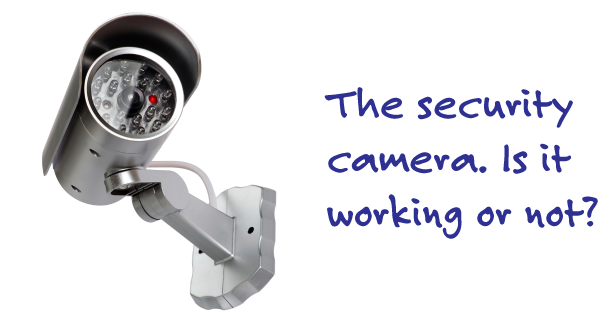 Todd and I walked over to the Mall Manager, who was still on his cell phone.

“What!? I’m very busy!” barked the Mall Manager, “What is your question?”

We asked him if he had checked the video security camera. He said that the camera did not work anymore.

We told him that the red light was blinking, and that it moved with us as we moved around the room:
“Yes,” said Todd, “our Father owns a store and that is how we know that it is working.”

The Mall Manager was confused, “But Frank told me this morning that it has not worked for a full week!” 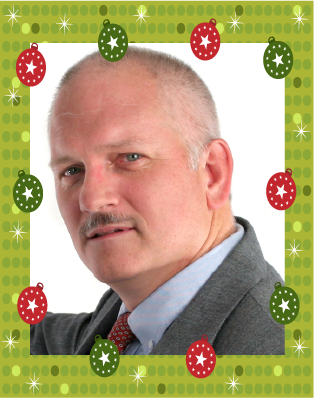 Frank walked slowly. He looked at Todd and I with a very serious look, but he still had chocolate on his face, so we both giggled.

He was upset that we giggled with him.

“Frank,” asked the Mall Manager, “are you sure that the security camera does not work?”

“Oh yeah, oh yeah. I am totally sure. I am one-hundred percent sure. It does not work, I promise you!” Frank said, loudly. 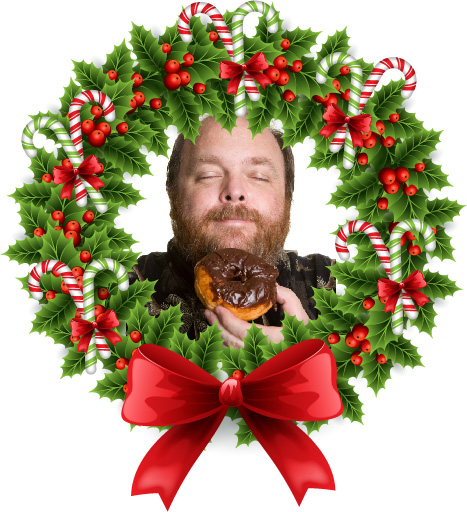 “But the red light is blinking, and it moves to follow people in the room!” I said.

“Oh, somebody must have fixed it… I can go check the security room to look at the video, and then I will call you if it is working” Frank said to the Mall Manager.

“Let’s all go together!” said the Mall Manager.

We’re going to check the security video to see who stole the presents!”

Todd, the Mall Manager, Frank, the Janitor, the 3 Elves, and I, all walked to a room.

Nobody else was in the mall, and nobody had left since the presents were taken.

The thief was with us. 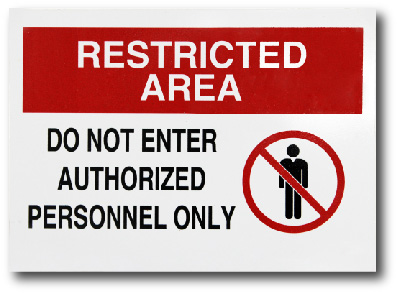 Frank put the key in the door, and turned the doorknob.

The room was dark. We all went inside.

Frank turned on the lights so we could all see.

The screens were blank. 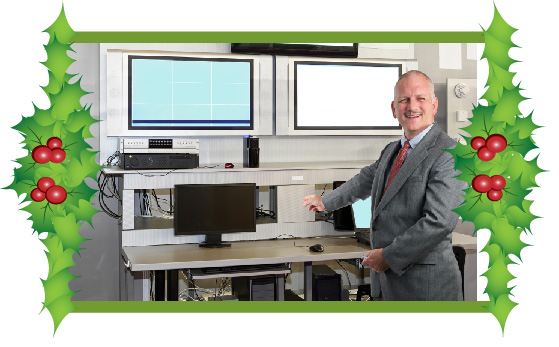 The Security Room was messy.

I was standing beside the garbage can. It was very full of empty chocolate donut boxes. They smelled like the chocolate I had smelled earlier.

I looked, and saw that the chocolate wasn’t IN the present, there were chocolatey finger marks all over the outside! Were those there before?

“Well, I guess it is hopeless.

Looks like the presents are gone forever. See you all later, Merry Christmas.” said Frank.

Looks like Todd has solved this kid's mystery! What about you did you just find out how Todd is about to reveal who stole the gitfs? 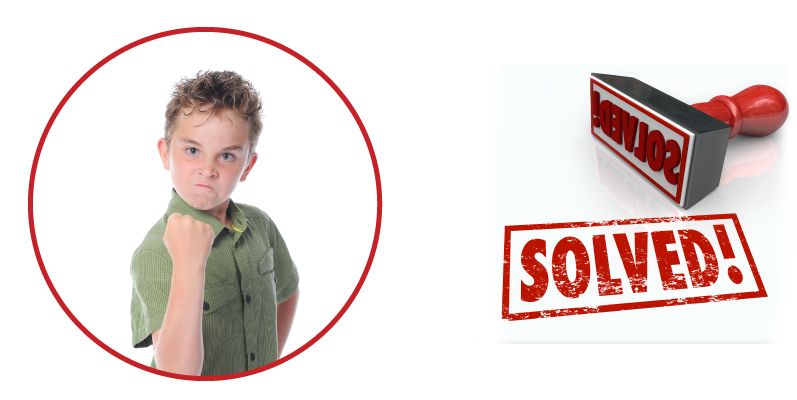 Check your solution to the mystery with that of Todd!