Best you read our article "Let's Talk About Gratitude" first. 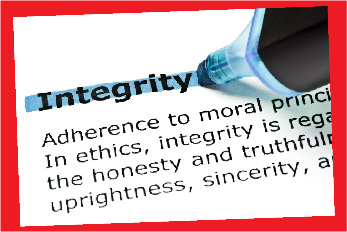 The second he spotted the violin in the back seat, the cab driver had an important decision to make. On one hand, he could have kept the violin and sold it. But he could have also done the right thing by returning it to the owner.

On the surface, the choice might seem simple. When you take a closer look, you will see that the cab driver had a difficult decision to make. We are going to explore some of the things that were likely going through his mind, which ultimately led him to take the honest path.

On a logical level, the choice that the cab driver had made involves weighing the risks and rewards of each path. If he had kept and sold the violin, he would have received enough money to retire early and to live a comfortable life.

But because it did not belong to him, the cab driver would risk criminal charges by not returning the musical instrument.

Although it’s possible that he would have gotten away with it, he had to consider whether the possible reward was worth facing the risk of getting charged with a crime.

At a higher level, the choice that the cab driver made relates to questions of ethics and morality.

If the cab driver knew that keeping the violin would have violated his sense of right and wrong, stealing it would force him to live with the guilt.

Throughout our lives, we will all find ourselves in situations that force us to make hard decisions. We will need to consider the short-term rewards and the long-term impacts that each choice will have.

It’s also important to remember that the way we treat others can impact how they treat us in return. If you lost something that was important, you would probably want someone to return it. Educators , get our "Gratitude" PDF booklet which contains this article as well as lesson plan & worksheets.

Still have question about our character education products? Email us at