The Scoop on Chad Robinson

Learn about a soup kitchen!

Do you know what a soup kitchen is? Last week I followed a schoolmate and had an adventure I didn’t think could happen!

Sometimes my schoolmate Chad volunteers at a place called “The Overpass.” 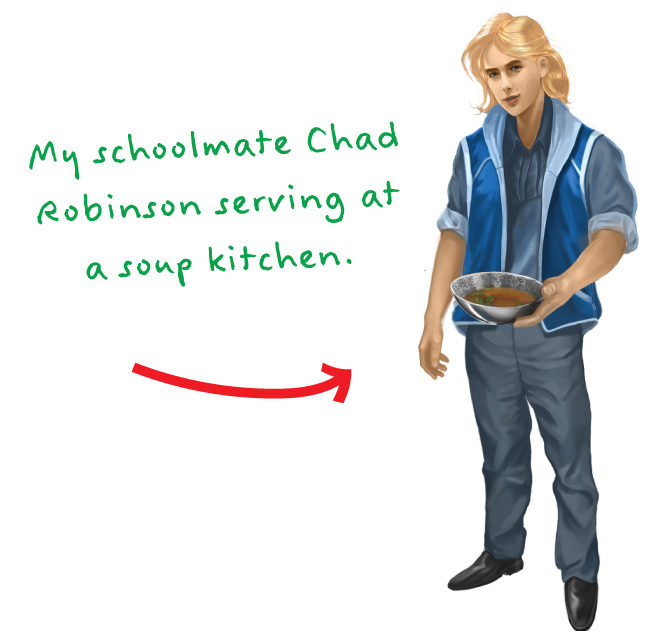 The Overpass is a soup kitchen, which is not just a place they make soup!

All sorts of people volunteer to help make food for people who can’t afford to buy food themselves. 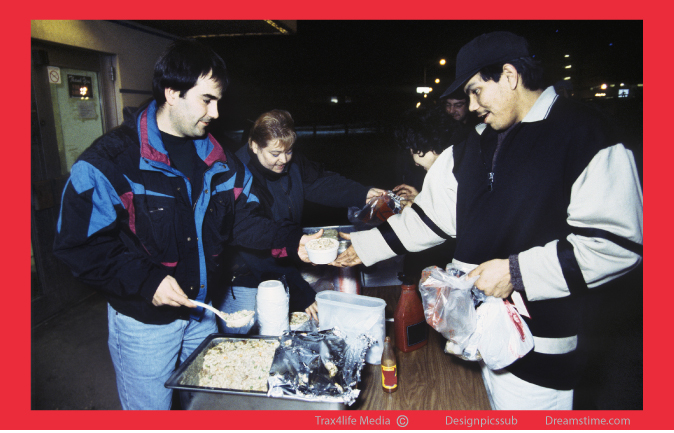 I got to work in the soup kitchen for the afternoon.

Mostly I just peeled oranges and made orange juice.

It was a lot of work! Other volunteers made soup and snacks, and some helped clean up and wash dishes.

They serve different food every day, and there’s always a lot of work to do!

It was great to see everyone working together to help people! 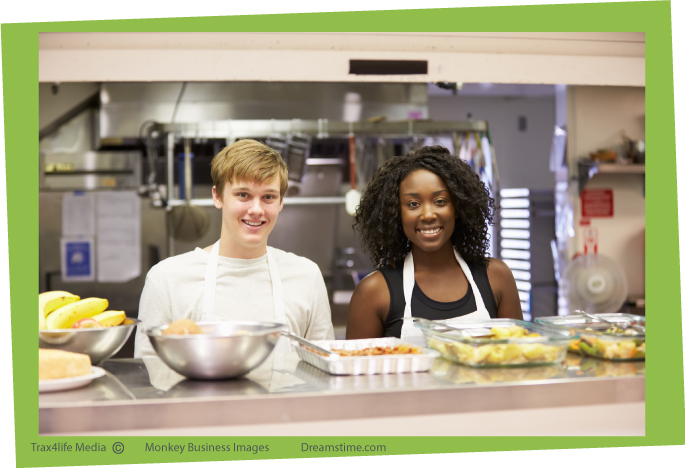 At first I was scared of the people who were coming there to eat.

Some of them have dirty clothes, or haven’t had their hair cut in a really long time.

Once I started talking to them, I wasn’t scared anymore.

Before I helped out, I thought street people were weird. 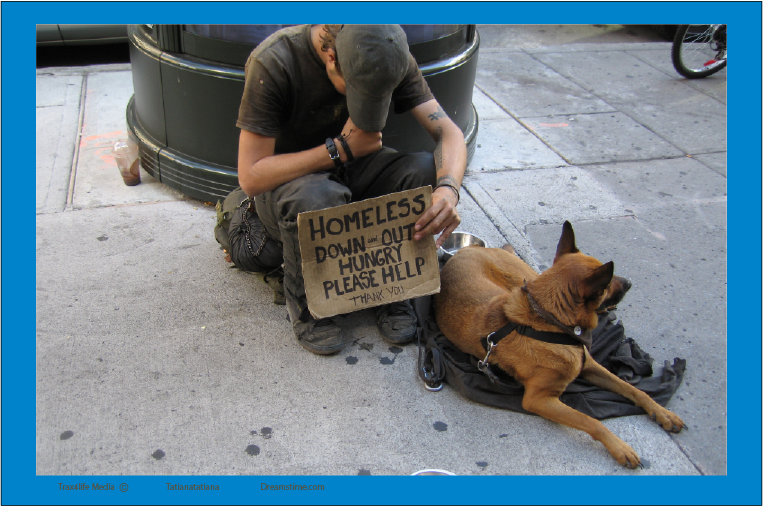 By talking to them, I found out that some are just regular people who had bad luck!

Some of them even have a house and a job, but just don’t have the money to buy food.

Sometimes, people only come there until they have enough money to buy food.

Most of the people were really happy that I was helping there and they were really thankful for the food we gave them. 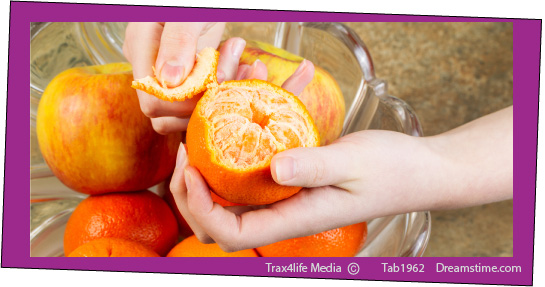 Even though I peeled oranges without getting paid, it felt really good to know I was helping people who really needed it.

I followed my schoolmate Chad because I thought he was going on secret adventures.

What I found out was that he wasn’t having adventures, he was helping people!

I think next time I won’t be so quick to judge, and instead of following him secretly, I’ll come along and help too! Once again, I am including my character building bonus sheets...

I am now including bonus activity sheets with our audio adventures and magazines. I'm serious about giving parents and educators outstanding resources at low prices. Here is the proof, I have thrown in even more activity sheets, have a look:

Look at one of my bonus sheets: 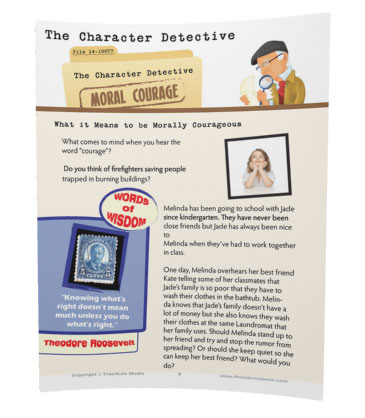 Get Responsus Part 1 and Part 2 Family Pack at a reduce rate!

(You won't find these products sold anywhere else.) 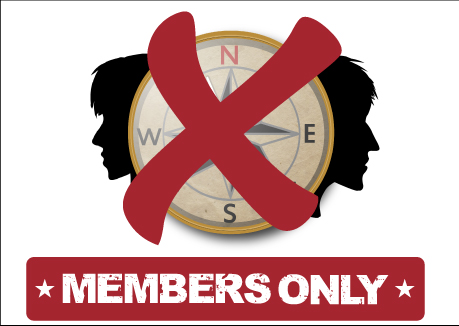 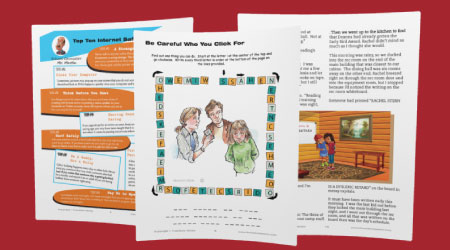