Sadie and Melody were excited. It was their second favorite day of the holiday season -- after Christmas Eve, of course. It was Christmas parade day.

Every year, their whole family got ready to watch the evening Christmas parade outside of their house. It was a tradition to spend the whole day getting ready and doing fun Christmas activities. Grandma and Grandpa even came over to watch the parade with them.

They usually drank hot chocolate, made a Christmas tree pizza, and decorated the Christmas tree when they got home. Sometimes they listened to holiday music, but usually, Grandpa played the guitar, and they all sang together. 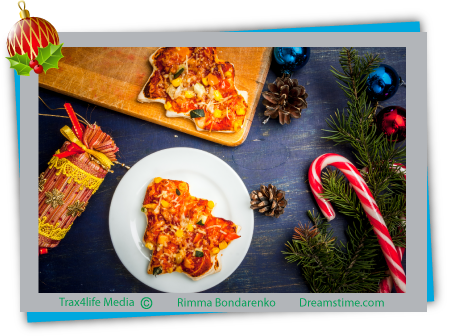 They also did one special thing every year, and it was Sadie’s favorite tradition of all. Her entire family wore matching Santa hats to the parade and took a family picture. Sadie knew that taking a picture together was very important to Grandma because she always put them in picture frames and hung them on the wall every December. She also gave one to Sadie’s family so they could remember all of the parades they watched together.

Around lunchtime, Sadie’s mother was busy getting boxes of decorations out of the garage when Sadie said, “Mom, where are the Santa hats?”

“They’re in one of these boxes, Sadie. Why don’t you help me look for them?”

There were so many boxes, and Sadie began to start searching. She went through box after box, putting some special decorations on display as she went. Finally, she reached the last box.

“They have to be in here,” she thought. “There aren’t any more boxes.”

Sadie excitedly opened the cover of the last box, ready to try on her Santa hat.

She looked and looked. She dumped everything in the box onto the floor and gave it a good shake to be absolutely sure there was nothing left in it.

The Santa hats weren’t there. Sadie was disappointed. She was sure they would be in the box.

She ran to her mom, crying.

“Mom, the Santa hats aren’t there! We can’t take a Christmas parade picture without our Santa hats,” she wailed, wiping tears away.

“Sadie, they have to be here somewhere. Let’s look for them. Let’s solve this mystery.” Sadie’s mom was trying to make her feel better, so they turned it into a game.

Sadie looks for the Santa hats.

Sadie and her mom started looking for the Santa hats.

“Where should we look first?” her mom asked.

“Maybe we should start in the attic,” Sadie replied.

Suddenly, she had an idea. “Wait! I will draw a map of our house, so we know where to look!”

Sadie found her crayons and a piece of paper. She “The Santa Hat Mystery” on top of the page and drew a big rectangle. She added a roof to finish the picture of their house.

Sadie remembered seeing Mom and Grandma bring boxes upstairs when they were taking the Christmas decorations down. She thought the attic would be a good place to look first.

Her mom opened the door, and they climbed up the stairs. Sadie didn’t go in the attic very often, and she found it a little spooky. There were sometimes spiders up there, and it smelled funny.

When they reached the top of the stairs, they looked around. Sadie saw so many boxes and old, interesting pictures.

Sadie and her mom began searching for the Santa hats.

They found boxes of old decorations, boxes of Sadie’s outgrown toys, and musty old sweaters. Finally, Sadie spotted some red cloth poking out of a box in the corner. 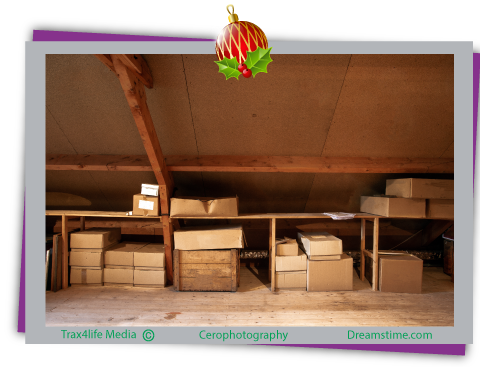 “That’s them!” she thought. She raced over to the box to check, opened it excitedly, and pulled out the red fabric.

It was an old dress. Sadie’s heart sank.

“Oh, you found my dress! I wore this to your aunt’s wedding.” her mom said, holding it up and spinning around to admire the dress.

“Mom! We are never going to find the Santa hats before the parade!” she pouted.

Her mother put the dress back in the box and said, “Okay. Don’t worry. Let’s keep going. Where next, detective Sadie?”

Sadie checked her map and crossed off the attic. She walked downstairs and sat down in the hallway. She thought for a moment. She heard Dad in the basement rummaging around.

She suddenly remembered that she saw her dad organizing the basement during summer vacation and that she and Melody had played with a singing snowman when grandma was visiting. Sadie thought that was the perfect place to find Santa hats.

“Come on, Melody, let’s look for the Santa hats!” she yelled.

Melody and Mom followed her into the dark basement. Dad was down there untangling strings of Christmas lights to put up on the outside of the house, and he was grumbling that one of the lights was broken. 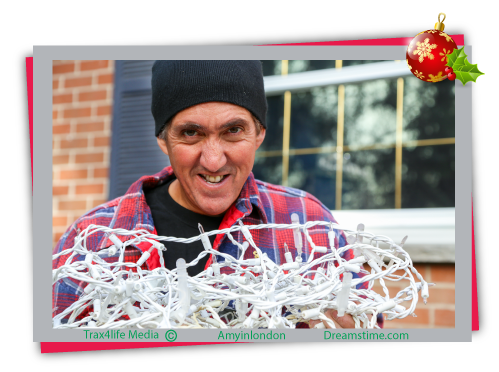 “Dad! We’re solving the case of the missing Santa hats! Have you seen them?”

“No, I haven’t,” said Dad. “But there is a tote full of Christmas stuff over there.” He waved his hand toward a tall pile of totes as he walked outside. One had “Christmas decorations” written on tape with a black marker.

It was the very bottom tote.

The totes were heavy. Mom took a long time moving them out of the way. She took a break to put the Christmas tree pizza in the oven. Sadie thought it felt like forever.

Finally, mom got to the bottom tote. Sadie opened it up. It was filled with broken twinkle lights. She lazily lifted some of the lights, and suddenly, she saw something red, white, and furry folded up at the very bottom. She stuck her hand in under the decorations and pulled it out. 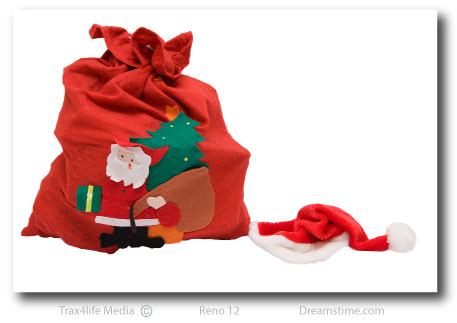 It was a Christmas tree skirt.

Sadie Doesn’t Give Up.

Sadie walked away. They were never going to find the Santa hats. Sadie thought about how sad her grandmother would be if they couldn’t take the family picture this year. She sadly crossed the basement off on her map.

“Come on, Melody, let’s go have some hot chocolate,” she said as she moped towards the stairs. She looked at Melody. Suddenly, she realized something. Melody was wearing dress-up clothes she had shown off to grandma yesterday.

“Melody! Did you use the Santa hats to play dress up?” she yelled.

She ran up the stairs, almost tripping at the top, and raced into Melody’s bedroom.

It was a mess. She started to throw her toys around as she frantically searched for the Santa hats. She looked under the bed. There were so many toys, and she began pulling them out and tossing them across the floor.

She found a princess dress, a broken skeleton, and a beautiful cat tutu. But no matter how hard she looked, the Santa hats weren’t there.

Sadie crossed off the bedroom on her map and looked at the clock on Melody’s nightstand. It was 5:30 pm. Only 30 minutes until the parade started. Mom started serving up Christmas tree pizza and hot chocolate so they could eat before the parade started. 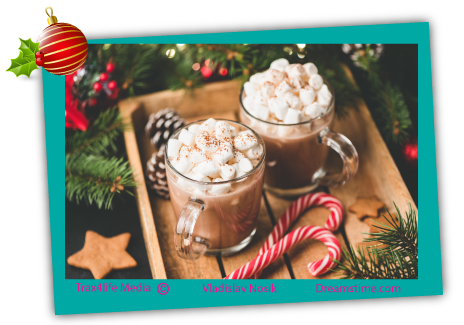 She heard grandma and grandpa come into the house. She slowly trudged down the hallway to greet them. Grandma was carrying a giant bag filled to the brim with treats and activities for the evening.

“What’s wrong, Sadie?” asked Grandma. “This is Christmas parade day! Our second favorite day of the year! Whatever could make you sad on a day like today?”

“We can’t find the Santa hats we wear every year, Grandma. We can’t take our family picture. We’re going to be missing a year on your picture wall.” Sadie said, looking at her feet.

“The Santa hats? Where did you look?” she inquired, letting a small smile escape. 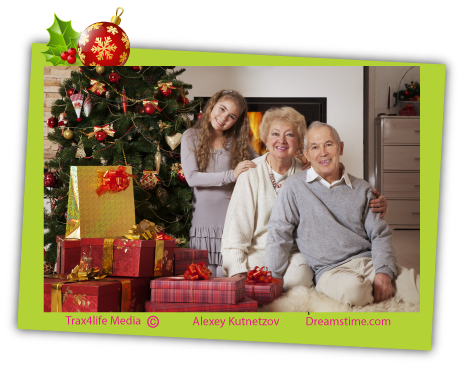 “Hmmm,” Grandma rubbed her chin as she took the map to have a closer look. “Something is missing from this map.”

“What do you mean?” asked Sadie.

Grandma took the crayon from Sadie and drew a big circle over the entryway.
“Why did you do that? The Santa hats aren’t here!” Sadie grumbled. She was upset that Grandma had drawn on her map.

Then, she realized something. Everywhere she had looked on her map, Grandma had been. Grandma helped with the boxes in the attic, she played with the singing snowman, and she had been in Melody’s room when she was playing dress-up. And the Santa hats were Grandma’s favorite.

“Hmmm,” she thought. “That’s very suspicious. I think I know where the hats are!”